This summer has been a season of baking, from birthdays to weddings! I must say it has kept me rather busy, on top of unpacking and decorating the new house, but I love it. Knowing that by baking, I bring an ounce of joy to someone’s day makes it all worth it.

A fantastic couple just got married recently. Their wedding was in the magnificent Yellowstone National Park; their reception a week later was in the garden at an exquisite old Victorian home. The dinner was potluck style with the entrée provided by the couple, guests each brought a dish to pass for the sides. Three of us were asked to bake cupcakes – hummingbird, snickers, and elderflower lemon. Elderflower lemon, I must mention, was the same flavor used for the wedding cake of Prince Harry and Meghan Markle.

What would a baking day be without a good disaster? The first batch of cupcakes made, how should I put this…melted? I’m pretty sure I messed up the conversion from Celsius to Fahrenheit for the oven temperature. After 15 minutes, some of the cupcakes were mostly cooked through while others were pretty much raw, AND the tops of the cupcakes looked as though they had melted and then cooked. If I hadn’t of been near tears, I would have taken a picture for you all to enjoy the failure. I will say the portions that were cooked through were tasty…at least I had the flavor going for me. After pulling myself together and giving myself a pep talk, multiple grocery store runs later, and changing up the recipe, a full batch of 48 cupcakes were properly made.

Now you would think that would be the end of the disaster, haha you (and I) wish. While the cupcakes were cooling, it was time to make the buttercream frosting. I was gathering the ingredients and putting the cupcake ingredients away, when I accidentally dropped a container of sugar on three of the cupcakes completely smashing them…brilliant! Luckily I only really needed 45 to fulfill the order (just made it, phew!). At this point I could have used more lemons for lemon zest to make the frosting, but seeing as though no more grocery store trips were wanted, I made use of freshly squeezed lemon juice and the elderflower cordial. After piping on the buttercream, I decorated the tops with 3 raspberries.

They were a big hit. There was one left at the end of the night (which I took home to enjoy). 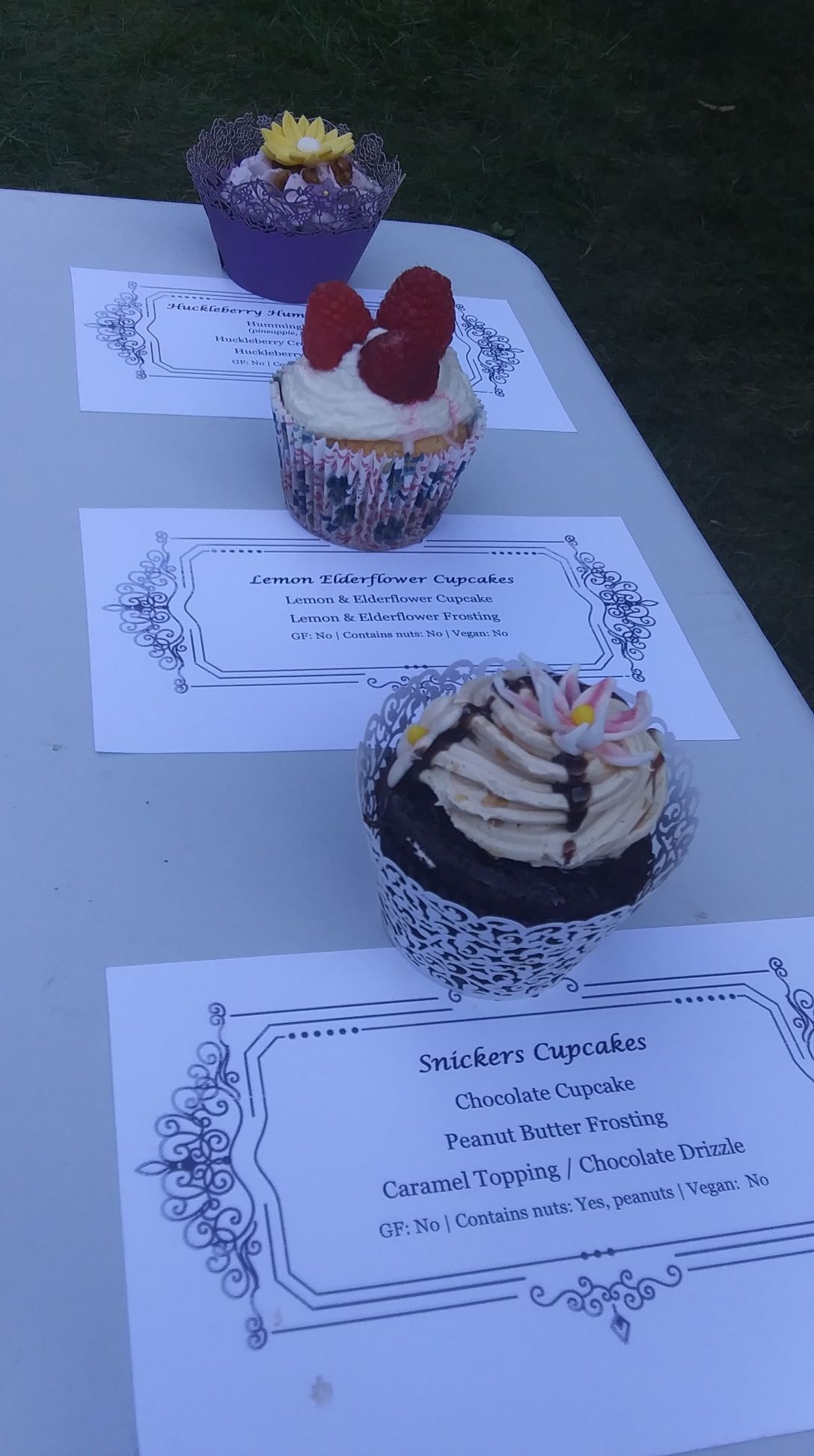 In a small bowl, mix egg whites. 1/4 cup of buttermilk and lemon zest, set aside.

In a large bowl, cream the butter and sugar until light and fluffy. Mix in the cake flour, baking powder and salt, and stir until combined.

Pour evenly into cupcake tin(s), about 3/4 full each. Bake 10 to 12 minutes or until a toothpick comes out clean. Cool completely before frosting.

Frosting: In a large bowl, cream the butter until light and fluffy, about 5 minutes. Gradually beat in powdered sugar, 1 cup at a time.

Add the lemon zest, lemon juice and elderflower cordial, and mix until combined.

To decorate, you can either pipe the buttercream frosting onto the cupcakes or use a butter knife to frost them. Finish decorating with the raspberries.

Cupcakes courtesy of Urban Bakes blog. Frosting was my own recipe.