Recently I opened it up to the blog followers on Facebook, @vintagebakerblog, and asked if there were desserts that people wanted me to bake and blog about. I received several responses. Over the next few weeks I will be working to fulfill those requests! The first person to respond requested shoo fly pie.

It is similar to a coffee cake in taste and texture. I enjoyed a slice or two with my morning chai tea. It is pretty simple to make and did not take long at all. The crumble reminds me of the crumble I make for my apple pie, which I love! As it bakes, your kitchen and home fills with a warm and homey feeling. 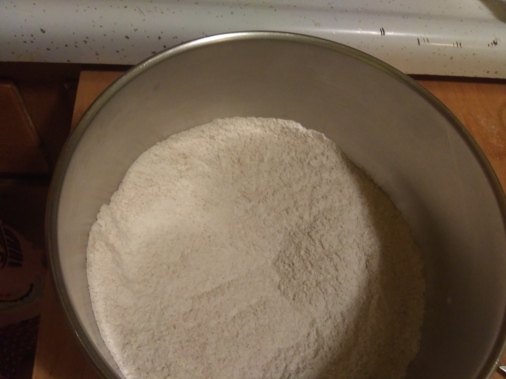 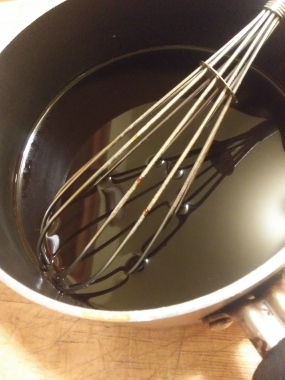 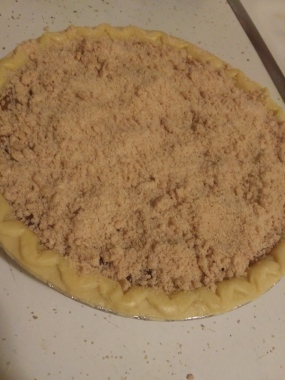 Now, previous to this request I had never heard of shoo fly pie. In order to gain a better understanding of the history of the dessert and what exactly had been asked of me, I did some Google research. For those that are like me and have never heard of the dessert, I will share some information I learned.

Shoo fly pie is a dessert from the Dutch and Amish settlers of the southeastern part of Pennsylvania, Lancaster County that is still to this day often eaten along with a cup of coffee. Molasses, which is the staple ingredient in the pie, could be stored and wouldn’t spoil over winter while the settlers awaited the next growing season. Along with another non-perishable ingredients such as brown sugar, flour, spices, salt and lard that could survive not only the winters but also the long boat journey over to the American colonies. Originally it was a more of a crust less molasses cake, the pie crust was added sometime in the 1880s.

There is debate over where the name is derived from. Some say it is because the pie originated from a time when there were outdoor kitchens and flies were attracted to the sweet and sticky filling. Others claim the name came from a particular brand of molasses, Shoofly Molasses, which was named after a popular circus animal, Shoo Fly the Boxing Mule that toured Pennsylvania in the 19th century. In any case the name stuck. I hope you enjoy discovering this vintage dessert as much as I did. 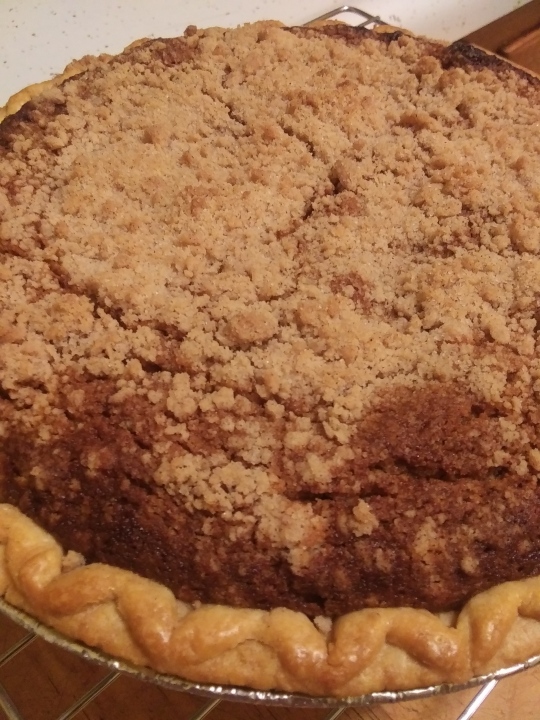 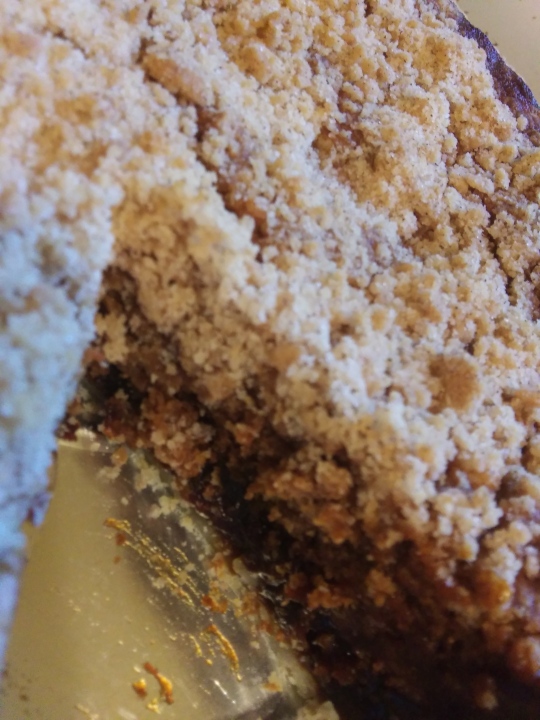 Preheat the oven to 425 degrees Fahrenheit.

In a medium bowl, combine the flour, sugar, cinnamon, nutmeg and salt. Mix to combine. Add the cubed butter. With either a pastry blender or your two hands, cut the butter into the dry ingredients. Set aside.

On the stovetop, heat the water until warm, but not boiling. Remove from the heat and mix in the molasses until combined. Once completely mixed, add in the baking soda. This will create a reaction, causing the mixture to become frothy. Be sure to assemble the pie and place in the oven before the reaction completes. If you allow the mixture to sit too long before baking, it will not bake with the correct consistency.

Pour the molasses mixture into the pie shell. Top with the crumble mix. Carefully without spilling the pie filling, place the pie into the oven. Bake for 15 minutes at 425 degrees Fahrenheit. Reduce the oven to 350 degrees Fahrenheit and bake for another 35 minutes or so, or until a toothpick inserted in the center comes out clean.

Recipe courtesy of Our Heritage of Health blog